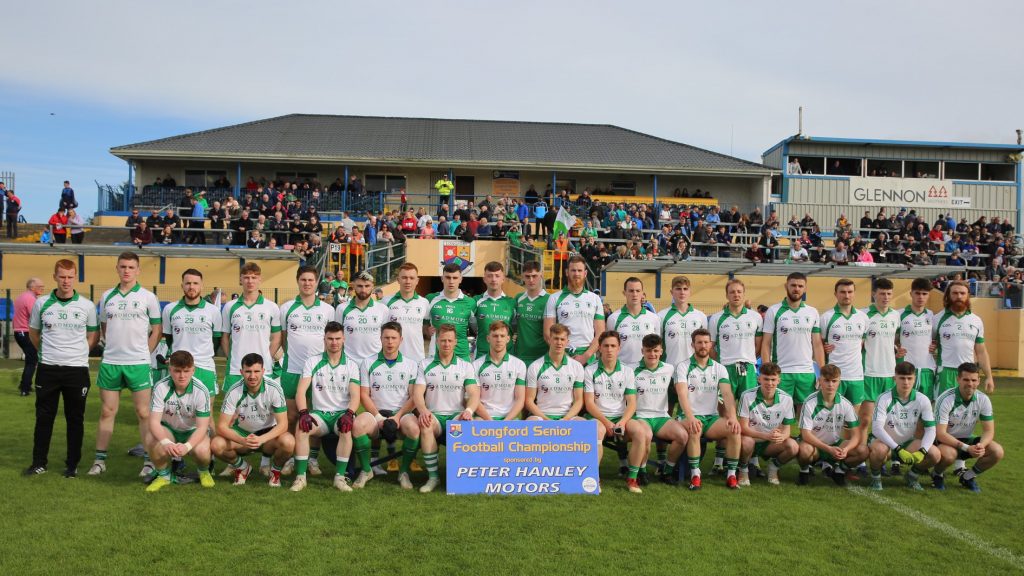 A fisted point from Ronan McGoldrick saw Killoe crowned Longford senior football champions for the first time since 2015, in front of a crowd of over 3,500 at Glennon Brothers Pearse Park.

It was a cagey opening between these two great rivals. In a tight first half Emmet Og were ahead by two points, on two occasions. Mark Hughes opened the scoring in the sixth minute but a pointed free from Kelly drew Slashers level.

Killoe first went two ahead in the 11th minute but Slashers replied with three points in a row to put them in front in the 24th minute. Mimnagh had a goal chance that went wide in the 25th minute. He levelled matters one minute later before a fine Simon Kiernan point gave them the lead going in at the break.

In what was an entertaining second half Killoe took a three point lead but Slashers replied with a ‘45 from goalkeeper Colm Farrell and a well struck free from Robbie Clarke. Cian Farrelly and Kelly (free) traded points before Killoe again edged in front by two.

Two fine frees from Kelly and Farrell drew Slashers level in the 57th minute. On 60 minutes Mimnagh gave Killoe the lead but there was still time for drama when another Kelly free squared things up in the second minute of stoppage time.

But then Mimnagh found McGoldrick and he calmly converted the crucial winning score to help Killoe claim their 12th Longford SFC title.