Killoe ladies produced an explosive performance in their 1st round Leinster Club Championship match win away to Newtown Blues, Louth in Drogheda on Saturday last. The Longford champions displayed great determination and impressive teamwork to win by the landslide margin of 28 points.

Beany Hackett wasted no time putting Killoe on the scoreboard, scoring her first goal of the game. The Newtown Blues defence were no match for the strong Killoe side. Edel Quinn and Fiona Fox proved an excellent pairing centerfield and provided their forward line with many opportunities. 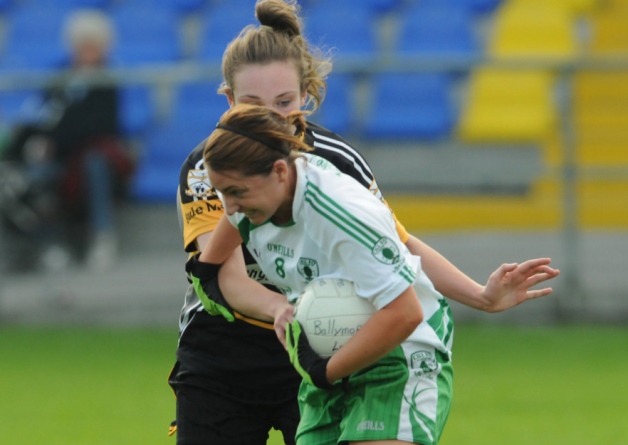 Shayleen McDonagh responded to the endless Killoe attack with a goal, however this wasn’t enough to keep Killoe at bay. Goals from Beany Hackett, Anne Marie Bratten, and Sharon Tracey left the Louth team lagging substantially behind.

Before the end of the first half, Newtown Blues made attempts to close the gap. Sarah Dyas scored three points from frees but Killoe ended the first half with an impressive lead of 5-9 to 1-3.

Killoe went on to seal their victory when Alison Kenny opened the second half account with two consecutive, fast-paced goals. Niamh Devaney played an excellent game throughout, particularly in the closing half of the game where she continuously blocked the attempts of Maura Sullivan, giving Beany Hackett the chance to plant two soccer style goals into the back of the Newtown Blues net.

The Louth ladies managed to respond with a fantastic goal from Ciara Campbell, but sadly they lacked the pace and skill that Killoe displayed and for the first time, have succeeded in winning the first round of the Leinster Senior Club Championship. The semi-final fixture is set for Saturday 18th of October, venue to be confirmed.

Any cookies that may not be particularly necessary for the website to function and is used specifically to collect user personal data via analytics, ads, other embedded contents are termed as non-necessary cookies. It is mandatory to procure user consent prior to running these cookies on your website.