The entire Killoe team that started in the senior football championship final win against Abbeylara are among the 30 nominations for the 2015 Team of the Championship, a clear reflection of the dominance they have enjoyed in recent years.

Winners of back-to-back county titles for the first time, Emmet Og are attempting to create another piece of GAA history on Sunday next in their bid to become the first team from Longford to reach the Leinster Club Senior Football Championship Final when they take on Portlaoise at O’Moore Park, throw-in 2.30pm.

Also in Leinster club action on Sunday are Killashee, who meet Milltown (Westmeath) in the provincial junior semi-final at Glennon Brothers Pearse Park, throw-in 11.30am. A member of the St. Brigid’s team, Johnny Casey, has been nominated for Longford GAA Intermediate Player of the Year along with Rathcline duo James Carroll and Shane Kenny.

The 2015 Team of the Championship and the Players of the Year winners will be announced at the Gala Awards Night in the Longford Arms Hotel on Saturday week, November 28th.

Padraig McCormack (Killoe), Conor Berry (Abbeylara) and Michael Quinn (Killoe) have been nominated for the 2015 Senior Football Championship Player of the Year while selected in the Junior player of the year category are Jack Lynn (Mostrim), David Kiernan (Killoe) and Padraig Jones (Mostrim). 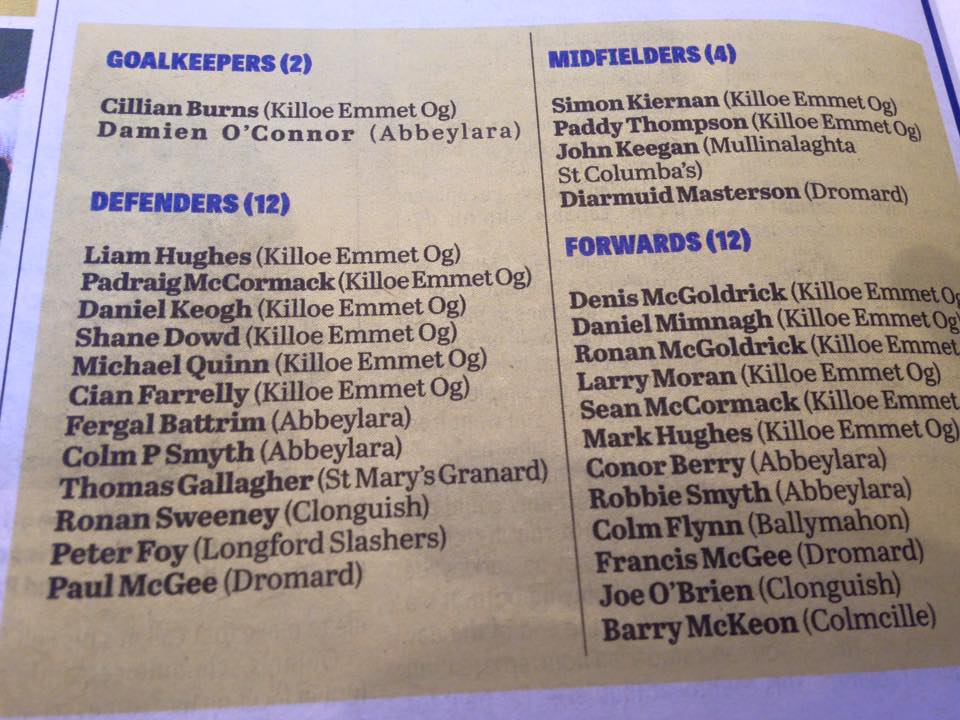 Clonguish, winners of the Longford Ladies football senior championship title for the first time since 2009, dominate the player of the year in this category with three of their team in line for the award – Aoife Darcy, Alice Magan and Mairead Moore.