After running Portlaoise close in the semi-final of the club championship a couple of years ago, Killoe Emmet Óg embark on another Leinster adventure and the Killoe footballers will be hoping to make a big impact in the current campaign. 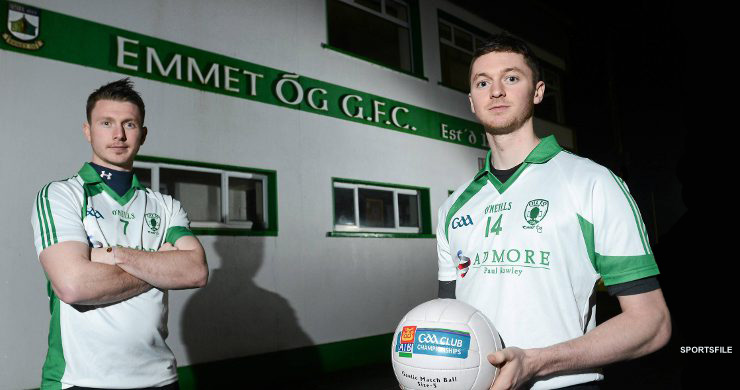 Receiving a bye through to the quarter-final, the Longford champions are unfortunately pitted in the difficult side of the draw and even if they can conquer Garrycastle at Cusack Park in Mullingar on Sunday next (throw-in 2pm), Killoe will then be away against the reigning Dublin, Leinster and All-Ireland champions St. Vincent’s or last year’s beaten provincial finalists Portlaoise in the last four.

But Killoe team manager Tommy McCormack is a very shrewd operator who will be looking no further than the clash against Garrycastle, the recent winners of a seventh Westmeath senior county title (beating Mullingar Shamrocks 1-11 to 0-8 in the final) and who were crowned Leinster club champions for a historic first time in December 2011.

In that same season, Garrycastle went on to reach the All-Ireland final and after drawing with Armagh kingpins Crossmaglen Rangers at Croke Park on St. Patrick’s Day 2012 the Athlone club eventually lost out in the replay.

While Garrycastle are a vastly experienced outfit who will be hard beaten on Sunday next, particularly with the class act that is Dessie Dolan the playmaker in attack, it is interesting to note that they were almost dumped out in the group stages of this year’s Westmeath Championship.

After failing to capture the county title in 2012 and 2013, the critics suggested that Garrycastle were gone too old and two slow and were bascially finished as a force to be reckoned with but are now enjoying a new lease of life under the driving force of their current supremo Dessie Dolan senior.

Dolan deserves a lot of credit for guiding Garrycastle back to pole position in Westmeath club football, with his 35-year-old son Dessie playing a leading role in the revival of the Athlone outfit.

Other key figures on the team include influential midfielder Aidan Browne, defenders John Gaffey, Karl Henson and Mark McCallon and forwards James Dolan, Alex Gardiner and Gary Dolan. But ruled out due to injury is the versatile Doran Harte (who was a Westmeath regular) while Paddy Mulvihill (the former Longford Town soccer player) has transferred from Garrycastle to continue his GAA career with neighbouring rivals St. Brigid’s Kiltoom.

Garrycastle have enjoyed a perfect record in recent years whenever they came across the Longford champions in the Leinster Club. Having said that, they were lucky to beat Clonguish 1-14 to 0-15 after extra-time in the 2009 quarter-final at Pearse Park and then had just a single point to spare over Slashers (0-13 to 1-9) in the 2010 first round tie at Cusack Park.

Longford Slashers and Garrycastle met again in Mullingar in the 2011 quarter-final, with the Westmeath champions cruising to a very easy 4-11 to 1-6 success on their way to winning the Leinster title, and home advantage is again in their favour for the latest showdown against Longford opponents.

While Killoe will welcome back their big midfielder Simon Kiernan, who missed the recent Leader Cup Final win over Dromard due to suspension, both Daniel Mimnagh and Ronan McGoldrick are apparently struggling to recover from their respective injuries and are considered extremely doubtful to feature at any stage of the game against Garrycastle.

But Killoe have a strong squad with a lot of belief and while their talented young team might be lacking in experience at Leinster level, they proved against Portlaoise back in November 2012 that they can compete with the best and their superior pace might turn out to be a decisive factor in the clash against Garrycastle.

It will probably develop into a tactical affair and former Longford senior manager Dessie Dolan is a master in that department. Dessie senior, of course, was once in charge of Killoe (guiding Emmet Óg to the county senior title in 1988)and also coached Ardagh and Ballymahon during his long and illustrious coaching career.

In the final analysis, the simple fact of the matter is that big games will be needed from their county players Michael Quinn, Sean McCormack and Mark Hughes if Killoe are to overcome Garrycastle in their quest to earn a crack at St. Vincent’s or Portlaoise in the Leinster Club semi-final on November 23rd.